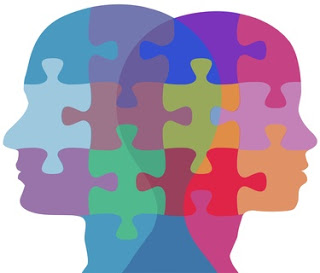 How do you feel when you are about to do something for the first time? Do you have expectations; imagine what it will be like; wonder if you will like it; anticipate what will come out of it? Do you feel excited, apprehensive, curious or nervous?
I had my own set of expectations a few weeks ago, when I decided on short notice (almost on a whim, actually) to attend the annual conference of an organisation called Families in Global Transition (FIGT). I had come across FIGT when I was doing research on cross-cultural transitions and had heard about their conference before, but had been hesitant to fly across the Atlantic just to attend a two-day event. Whatever it was that tipped the balance this time, I am grateful it did.
Before the conference, I was intrigued, as I was going there for the first time. I was looking forward to learning new things and meeting new people. I was hoping to get some inspiration for my work.
I was not expecting to find my tribe.
As soon as I entered the venue where the welcome drinks were taking place on the eve of the conference, I knew that this would be unlike any other conference I had attended before. I felt a vibe. Immediately, I felt welcome and at ease (how shocking is that for an introvert). I thought it must be the effect of the jet lag, but the feeling did not seem to go away. 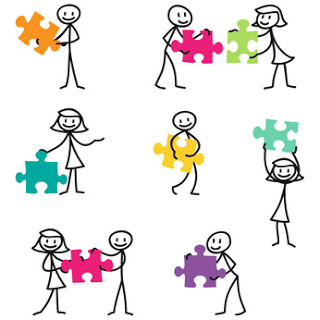 How did that happen? Everyone I met was friendly, open and unpretentiously warm – despite some impressive credentials. I was talking to like-minded people who seemed engaged and genuinely interested. But it was more than that. Talking about what I do and why, sharing who I am felt natural and uncomplicated. I did not need to explain much. They understood. They were in the same place. Listening to what everyone had to say was stimulating, energizing and, at times, humbling. I felt creative and inspired. I felt embraced. There were moments when I was deeply moved.
I was not the only one feeling that way. There was an amazing sense of solidarity in the air – even among people who hardly knew each other; a sort of convergence of spirits. When it was time to leave, I caught myself feeling not only exhilarated, but also a bit sad – as if I was leaving behind dear friends or family. I realized then that I had found my community. I don’t know many conferences that can do that to you.
On my first day at FIGT, I was impressed when I heard the keynote speaker, famous writer and “global soul” Pico Iyer, say that the first time he attended this conference, he
felt like he had come home. By the time I left, almost 48 hours later, I knew exactly what he meant. 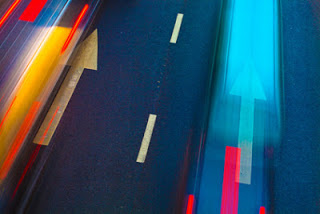 I was introduced to the concept of separate lives more than fifteen years ago, when my then-boyfriend-now-husband, fresh out of graduate school, took a job as a consultant – in Paris. During the half year that I had left to finish my own degree, I stayed on in Cambridge, Massachusetts. It was an interesting, thankfully short time with a lot of transatlantic back-and-forth, lonely weekends, long letters and emails, even a marriage proposal (I guess absence does make the heart grow fonder). When I graduated and moved to France to join him, I was convinced that things would
improve dramatically. I didn’t suspect that this back-and-forth would become a
permanent feature of our common life.
His job meant that between Monday morning (usually at some ungodly hour) and Thursday evening (at an equally ungodly hour) he was out of town. I hated Monday mornings. I was lonely and I missed him. He was often overworked and tired from all  the travel. At the end of his consulting stint of six years, I was, again, convinced that things would improve with the next job. But the next job ended up being in London, while our family was based in Vienna. That became a pattern: while my jobs were stable location-wise, his were not. Somehow it was never possible to have both work and family life in one location. Fifteen plus years and three kids later, our family qualifies for the title of cross-border commuting veterans. Managing our disjointed existence has become a habit; not one any of us is particularly fond of, but one which we have gotten good at. 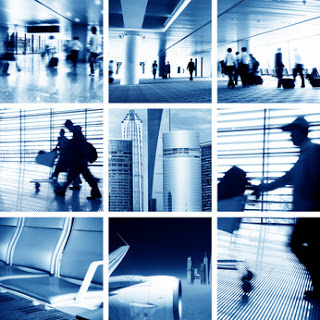 It is not just our habit. My daily news feed on Facebook is strewn with postings from friends who are not where they are supposed to be – where their families live. Cross-border commuting is a fact of life. Sometimes it’s a good deal, sometimes a necessity. An opportunity may be so good that you are willing to tolerate the commute; or local jobs may be scarce. Often, working abroad is cheaper and simpler than moving your whole family: you don’t have to uproot them, disrupt your children’s education or take them away from extended family. It is less stressful to be able to devote yourself completely to your work during the week, when no one is waiting for you at home, and devote yourself completely to your loved ones on the weekend.
But it is also a demanding life – both for the commuter and for the ones that stay behind. If you are the commuter, your belongings are scattered across two places and a suitcase.
You are neither fully here nor there. You miss your family. You are often exhausted. If you are the “stationary” partner, most of the family responsibilities fall on your shoulders. Add to that a full-time job and career of your own, not to mention what happens when children are in the picture. You have to manage alone during the week and on the weekend you get what a good friend of mine called “a leftover spouse.”
Despite all the nice sayings about absence and its effects, this kind of lifestyle, especially when it is prolonged, can strain a relationship. Resentment and frustration can build up. People can grow apart. Your partner may resent the fact that you are not around when they need you; they may go up the wall when you come back and want to have a say on every decision (don’t they manage perfectly well when you are not around?); you may find being a “weekend parent” terribly frustrating. Sound familiar?
Have you lived the commuter life – on either end of it? Was it a good thing, a necessary evil or something you would rather never have to go through again? 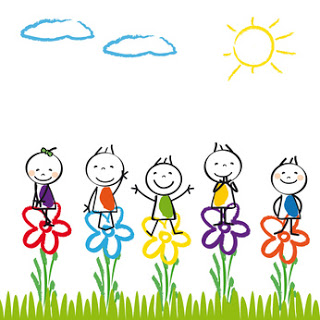 When it comes to how children adjust after a major transition (such as a move), school is a major playing field. It is at the centre of their lives, not least because they spend the biggest part of their days there. School also is their main social habitat. It’s where most of their friends come from, at least in the beginning. What happens at school often “spills over” to the rest of their lives. If they feel comfortable and integrated in their new school, that usually helps them do the same in other areas; if they struggle there, it taints their whole experience (not to mention their parents’).
The first day of school for my two older children, or rather their first week, was one of the most stressful times of our move to Switzerland – for me. I was nervous for them. Would they like it? Would the other kids be nice to them? Would they fit in and be accepted? I was most worried about them feeling awkward and lonely.
I still have vivid memories of what going to a new school felt like – from my own moves. Even though I was very young at the time, I distinctly remember the feeling of being the new kid in class, the odd-one-out, all these – thankfully brief – moments in the beginning that I would happily have skipped. I would rather my children did not have to hang out by themselves during break; sit alone at lunch; not have a partner for those first group projects. I would rather they’d skipped those moments, even if they are a necessary part of adjustment; even if they are a rite of passage that will make them stronger and more resilient. Of course, there was absolutely nothing I could have done to spare them that. They had to manage on their own and they did a decent job, as far as I can tell.

But they have changed in the past few months. My older son has become much more independent and responsible, but also more irritable, short-tempered, stressed and, in his own words, lonelier than he was back in Vienna. My daughter, always bubbly and larger than life, has become more subdued. She spends much more time by herself than she used to. If I didn’t know better, I’d say she’s lost her
spunk.
Most of these changes are subtle. Sometimes they are able to express how they feel, sometimes I have to dig deep to get them to formulate what bothers them. I’m sure some of those changes have to do with them growing up, but isn’t it a strange coincidence that they should all happen now? And, more important, are they just transition pains or are they here to stay?
Were you ever the new kid at school? Did you like it or hate it? How did your kids cope with it?

Katia writes about cross-cultural adaptation and expatriate life, exploring the challenges of finding and sustaining home amidst the chaos of nomadic life. A Greek by birth and a perpetual foreigner by choice, she has lived in eight cities and seven countries in the last 20 years.